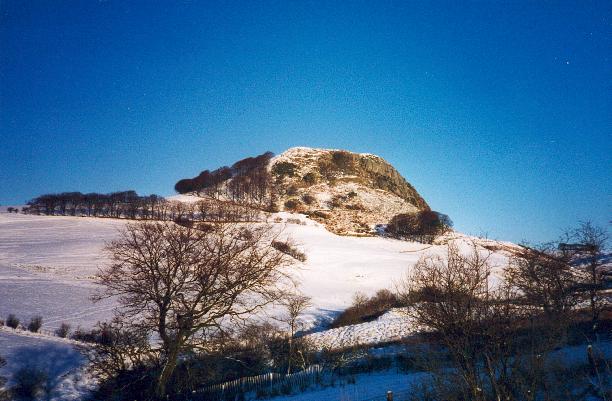 The hill's height of 316 metres or 1,036 feet isn't particularly impressive, but it's location makes one of the most striking landmarks in this part of Scotland.

Remains have also been excavated of a Roman Fort nearby which confirms it's strategic importance.

It was also the site of a large Victorian viaduct that carried the railway line between Darvel and Strathaven. In the early 1970's the line was  closed and the order given for the viaduct to be demolished, as it was deemed to be unsafe. However such was the substantial nature of it's construction the parties entrusted with it's removal were unable to knock it down by conventional means. They were forced to use a large amount of explosive to complete the job. Parts of the viaduct stubbornly remain and can clearly be seen from the top of Loudoun Hill.

Return to 'History of Loudoun Hill'